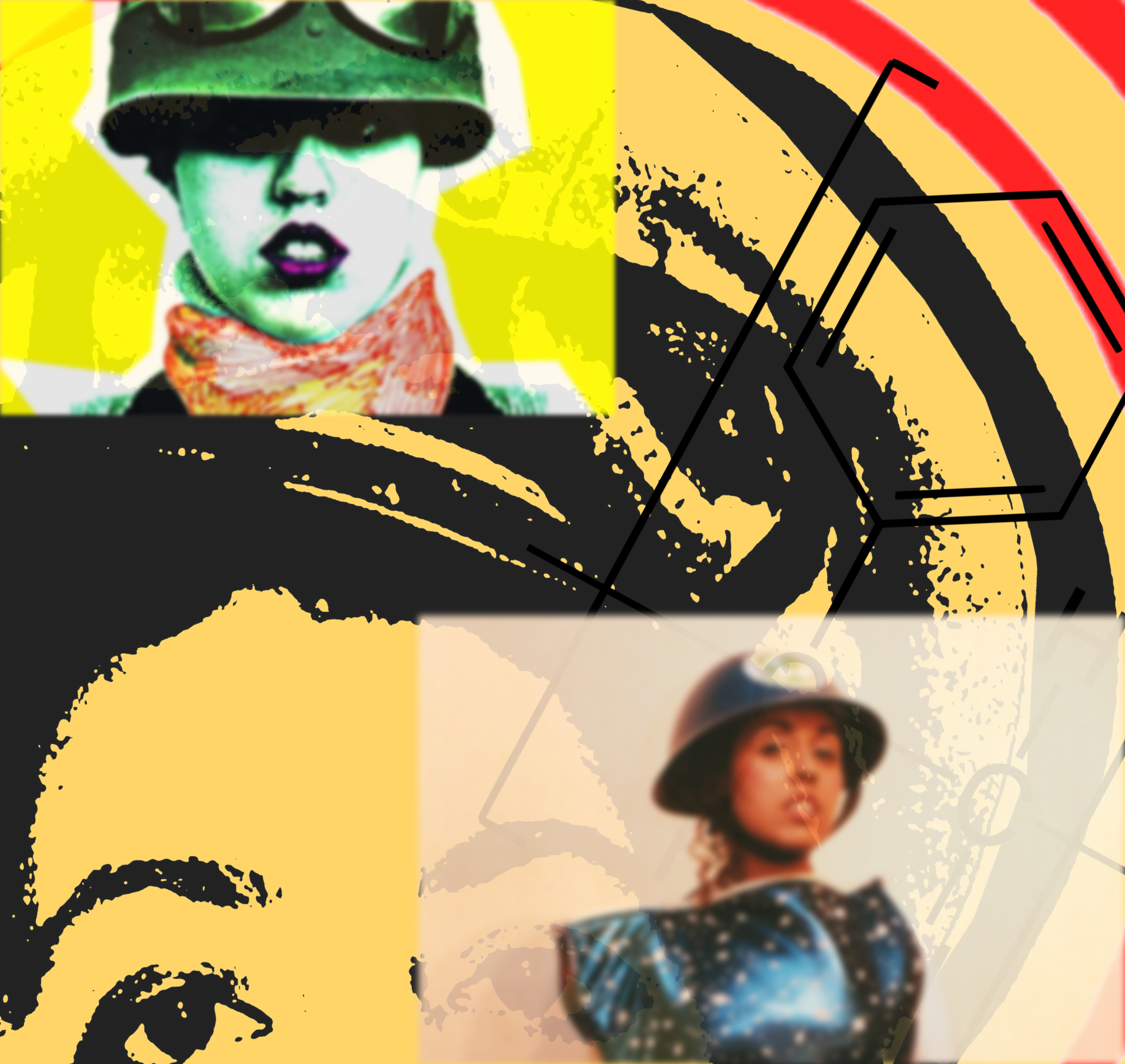 When a 1979 BBC documentary titled "Who is Poly Styrene?" introduces us to the punk singer’s work, we become utterly fascinated. With help from Poly’s daughter Celeste Bell, musician Rhoda Dakar and archival audio from Poly herself, this episode explores why her work looks, feels and sounds so relevant today.

I know your antiseptic, your deodorant smells nice I’d like to get to know you, you’re deep frozen like the ice He’s a germ free adolescent, cleanliness is her obsession Cleans her teeth ten times a day Scrub away, scrub away, scrub away the S.R. Way
— X-Ray Spex “Germ Free Adolescents”, 1978

Marianne Elliott, better known as Poly Styrene, formed the punk band X-Ray Spex as a twenty-year-old in 1977. (Polystyrene is an inexpensive, clear, hard and brittle synthetic aromatic hydrocarbon polymer that can be solid or foamed.) With songs like “Germ-Free Adolescents”, “Plastic Bag” and “Oh Bondage, Up Yours!” the music of X-Ray Spex brings together the many worlds of Marianne Elliott and Poly Styrene: the woman and the artist; the mother and the daughter; the punk and the hippie — all united by a willingness to laugh at and expose the limitations of the throwaway culture of the time (and of today).

Arena’s gritty 1979 documentary flies to us straight out of the past, clear as day and with prophetic lucidity. Directed by Ted Clisby, it is gritty (there’s no better description), but it’s also personal and warm, with its aesthetic beautifully anchored in a storytelling past that also endures. Just like Poly Styrene’s lyrics, and precisely because it is a type of storytelling we don’t use so much anymore, the documentary and the music are out of time, and somewhat comfortingly both feel fresh, even if the sound and the colours are a bit muted after the passing of forty years and the digital changes to design and recording in that time. As an exhibit of deliberate and ‘slow storytelling’, this documentary is a rare portrait of a strong and loud woman singing her way through a world, an industry and an era dominated by white men.

Poly Styrene’s images, lyrics, art, clothes and music reflect as much on life during the synthetic Seventies as they do on the post-pandemic world ahead. Hear and read more of my work at http://www.craiggarrett.online/ 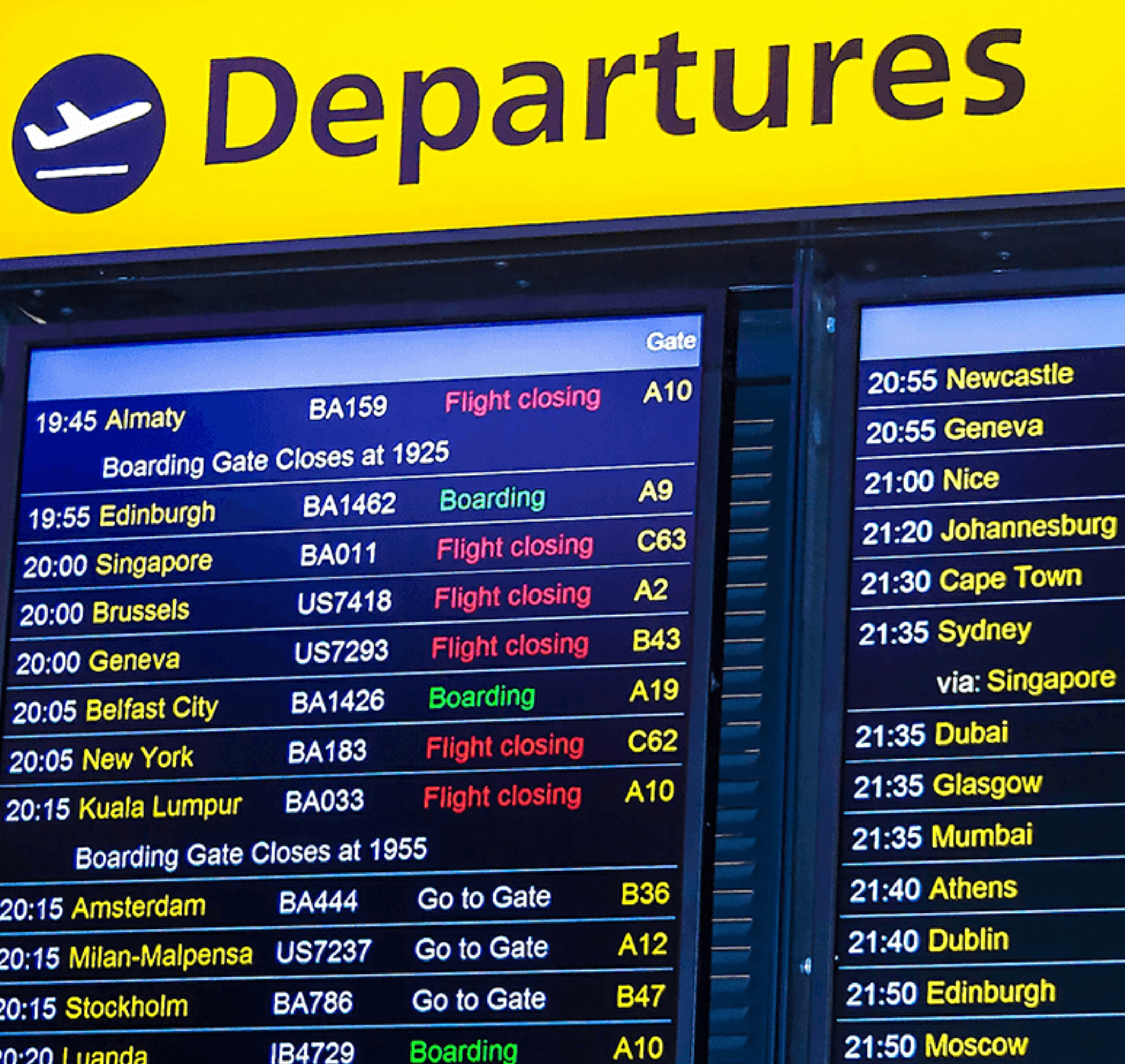 In this episode, hear about why we left, how we left, our last two London adventures, and the toll London took on Craig’s mental health. If you go to England, you bound to turn mad — Olive Senior ‘I’m quite alright with that’ (Not Quite Right For Us)   My images of London are illusions. My two years in London was a mess from go to whoa. I understand that moving to the UK a month before the outbreak of a global pandemic and the subsequent isolating lockdowns wasn’t in my control, but the fallout from all of that took its toll. Even with London by Lockdown in my corner — which was designed to connect me with the people and places around me — at times I floundered. I started doubting myself, my art, my sense of self. I love living in cities. I was excited to move there, but, as a migrant, I couldn’t get a lock on London. The place is never still. London’s a shyster, never commits to one thing or another, a chameleon wearing a wolf’s skin and dressed in sheep’s clothing. A nervous energy infuses it, always fidgeting, twitching, tapping a finger, jumping between random topics, foot tapping, leg shaking up and down under the table. London sits at the base of a bowl in a sedimentary basin, where over the years all the rivers have been turned into sewers and all the forests cut down. When you’re looking up from the bottom of this hole, it’s hard to see beyond the rim. And yet, those rivers, they haven’t been completely silenced, because parts of London are sinking. Just down from us, walking ... This episode uncovers lost rivers, a smelly ogre and a magical reawakening. ************************** Once upon a time there was a river... I love rivers. The Birrarung (Yarra) in Naarm (Melbourne); the Murrumbidgee skirting Canberra; how the Maiwar (Brisbane River) psychologically and spiritually dominates the city of Meanjin (Brisbane) like no other river I’ve encountered; the powerful convergence of the Derbarl Yerrigan (Swan) and Djarlgarra (Canning) rivers in Mooro, Goomap (Perth); the contradiction that is the Thames (I’ve still not spent any time with it); and the lost River Peck, a tributary that gives its name to Peckham, a neighbourhood to the south west of Telegraph Hill (which sits at the northern tip of what was once the Great North Wood). Once upon a time there was a river... The story of Australia, the driest inhabited continent, begins and ends with water. The original colony site, Kudgee (Botany Bay), didn’t have fresh water, so another site “with a run of water through a very thick wood” was found at Warrane (Sydney Cove). This was the “Tank Stream” (named after tanks cut into the sides of the bedrock to capture and store water). As the colony’s main water source, it was so fouled by the colonsiers that they soon had to cart water in from a nearby wetland. When that ran dry, they ventured further west on the promise of a “Rio Grande” or “Mississippi”, and on the back of the myth of an illusive inland sea (a tale for another time). Today the Tank Stream is lost under the streets of Cadi, Djubuguli (Sydney). I heard this growing up, but didn’t know England had a rap sheet as long as ...

The Day Our Lives Changed Forever

This episode looks at Aboriginal resistance and activism in London and England — as told by First Nations people. As non-Indigenous people born on the Australian continent, Craig acknowledges he was born on Ngunnawal Country, and Shona acknowledges she was born on the land of the Kulin Nation. ************************** Every January Australia finds itself running headlong down a steep hill towards the 26th. We’re in shorts and a t-shirt, and like all kids, the scrapes and scratches on our arms and legs map our summer adventures: fishing, swimming, biking, climbing, skateboarding, bushwalking, surfing, camping. BBQs and dive bombs, mozzies and cicadas, sunscreen and ‘six and out’. Part way down the hill, about the 10th, when the annual ‘lamb ad’ hits our TVs, our legs begin to speed up of their own accord. Soon after, our head wobbles. We’re unsteady. By the 20th we’re careening, our arms and legs flail, and we can’t stop. Teetering, we trip over our own feet and we face plant the dirt, landing in a heap on January 26. Reflecting on its antiquated and jingoistic origins, Australia Day’s nervous posturing diminishes us all — not least because it’s a form of rigid militarised nationalism (that includes Anzac Day) politicised by prime ministers Bob Hawke and Paul Keating; ramped up by John Howard; and continued by the rest. No national day can represent everyone, because nations aren’t static. Personally, ‘national days’ shouldn’t exist, but since they’re A Thing, Australia needs modern symbols that embrace its ever-changing history — from invasion, occupation, colonialism and war, to multiculturalism, migration, treaty and sovereignty (and beyond). A Black GST could do it. Constituted at ‘Camp Sovereignty’ (Kings Domain, Melbourne, 2006) during Commonwealth Games ...